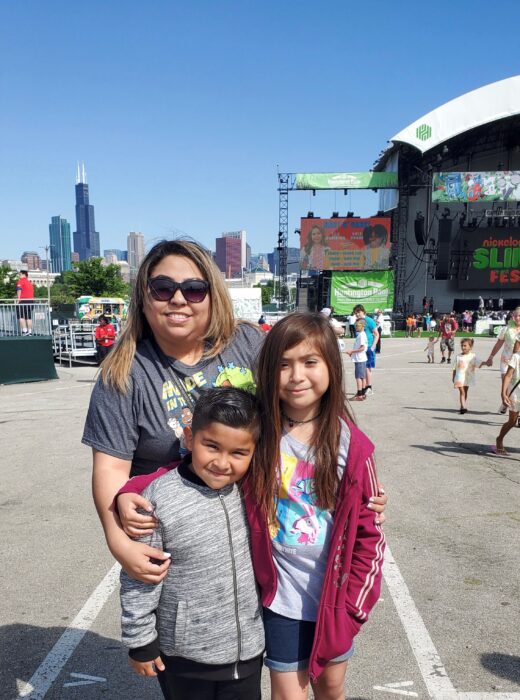 Join us in the spotlight with Johana Losoya

This month, Steele is proud to bring Enrollment Specialist, Johana Losoya, into the employee spotlight.  Johana has been with Steele for nearly 3 years now!  We interviewed Johana to learn a little bit more about her time with Steele and some fun facts about herself.  Let’s get this interview started!

Welcome to the spotlight, Johana! Before Steele, what did your professional background look like?

Before starting with Steele, I worked in HR. I worked in Human resources as the HR administrator for a staffing agency.  I worked a little with benefits, but mostly with employee relations, hiring and onboarding.  I was in HR almost 5 years.  Prior to that I worked in several different customer service areas.  I worked at a car dealership, as a chiropractic assistant, and I was also a legal assistant for a while.  I have done a little bit of everything but mostly customer service related.

When and how did you get involved with Steele Benefits?

So, I had already started looking for a new position with HR, because the company I was ready for something new. After applying on Indeed for the Steele position, I was called in for an interview.  I remember that day because I had several interviews back-to-back.  The one I had right after Steele was with a sales position, and another with another staffing agency.  I had decided that was not what I wanted to do anymore because it was too stressful.  The position with Steele was listed for the call center, and even though I had never really been in a call center, I was confident that I could do the job.  At the previous staffing agency I worked for, whenever the call center had team meetings, HR would jump in to help them so they could run their meeting.  I was excited for the new change.

“To maintain our culture when I am at home with my kids, we do Spanish days, and we do watch some things in Spanish for more practice with them.”

Can you describe your current role in one sentence?

Uh this one is hard. No, I can’t describe it in one sentence.  You know, the thing is I’m not just call center; I help with reporting and claims that our clients’ employees call in and need assistance with also.

How has your role evolved over the last 3 years?

Over the past few years, when I first started, it was strictly call center. I didn’t do any reporting or claims assistance that I do know.  The season after open enrollment becomes pretty slow sometimes in the call center.  So, I was always asking around if there is something I can learn, something you can teach me, something I can help with?  I eventually moved from just call center, to assisting with reporting

and helping where I can.  For example, just recently, I did the full Spanish translation for one of our clients benefit enrollment guide.  Because Spanish is my first language, I just took what they had and completely translated that.  When it comes to translation you have to keep it neutral because Spanish is such a diverse language depending on the country, the state, or the city.  It must be neutral for everyone to understand.  Once you are in a professional setting and you meet other people from other countries, you learn how to speak to them.  I remember the first time I spoke to someone form Central America; they were asking for something that I had no idea what it was.  Turns out they were asking for a straw, but they used a completely different word that I had never used in Spanish.  I did a lot of translation in a lot of my past professional background.  A lot of Spanish speaking people know how to speak English, but they are more comfortable with a translator.  I was born in Mexico and moved to the US when I was one.  I remember when I was younger, at home we weren’t allowed to speak English at all.  Its not that it was because English was a forbidden language, it’s because our parents didn’t want us to forget our language.  To maintain our culture when I am at home with my kids, we do Spanish days, and we do watch some things in Spanish for more practice with them.

How has your role evolved with the pandemic, have you seen any major shifts in your role?

I would say that since working from home now, the major change is we don’t get to see our other coworkers as much. The other day in the team meeting, I thought man, I really don’t know some of my coworkers.  I have seen them a few times, I have talked to them a few times, but do I really know them?

Are there any new skills or insights you’ve picked up while working at Steele?

I would say just benefits in general and learning more about them. I didn’t know much about benefits before.  I would also say teamwork.  Prior to us working from home, we did a lot of team projects.  In other past positions I was in, everyone was on their own and we didn’t do many team projects.

What are your top three life accomplishments?

Oh goodness, well honestly just keeping it together for my kids. It’s been hard.  There are moments that I’ve been like, man, what am I going to do?  Another one would be, moving up professionally so quickly within all my past positions.  Excelling professionally is an accomplishment.  And then lastly, I would say my children.  I have a daughter who will be 12 this month, and a son who is 9.

What’s an interesting fact not many people know about you?

I cook every day because my kids don’t want to eat school lunch. They like to take the leftovers.  When I was in middle school, I took one year in band and played the saxophone.  So, I still somewhat know how to play that.  And most recently the one thing I started learning during the whole quarantine situation, was Korean.  I am always watching shows in Korean and very much into the music.  So, I took a whole course on how to read it, and it’s so funny when I tell people because they laugh.  But once you learn how to read it, it’s easy to read, you just don’t know how to translate it yet because that takes more time.  So, I can read things out and sound them out, but if you ask me what it means, I’ll know very few things.